Whose idea was the Wales Coast Path?

All around Wales: Colourful maritime wildflowers enliven the Wales Coast Path in spring and summer

Where did the idea of a continuous path around the coast of Wales originate?

Jane Davidson, President of Ramblers’ Cymru and previously Minister for Environment and Sustainability in the Welsh Assembly Government 2007-2011, explains how it all came about.

Dylan Thomas’ most famous poem, ‘Under Milk Wood’, starts, ‘To begin at the beginning’. Somehow, it’s a lot easier to say than do.  I have been asked many times about when I first had the idea for a Welsh coast path. It would be great to be able to trace it back to one moment, but life isn’t like that; like many ideas, it took years in gestation, although it was helped by two critical events on the way – first, at the age of 16, walking the Pembrokeshire Coast Path with schoolfriends and seeing my first dolphins; the second was the brilliant decision of two Cardiff youth clubs to walk around Wales for International Youth Year in 1985.

Ideas, brilliant or otherwise, get nowhere without a plan, and the plan didn’t take shape until 2006. I was in the kitchen of Rhodri Morgan, the then First Minister of Wales, another keen walker and dolphin watcher. We were debating what to put in the manifesto for the next elections. Ramblers Cymru were calling for greater access to the coast so my suggestion of an ‘all Wales coastpath’ was a logical extension of that. What I didn’t know on that day was that Rhodri would then ask me to deliver on it when he asked me to take on the Environment and Sustainability portfolio in his government in 2007.

Interestingly, the next legislative stage came about by luck. I was privileged to be asked to join the venerable poet Dic Jones to open the Ceredigion coast path in July 2008. Dic, who sadly died the following year, wrote poems described as “the song of the soil, a celebration of the rituals and rigours of rural life, and of the ties that bind man to both his environment and to his fellow man”. It is his poem walkers can read on the coast at Llangranog overlooking Ynys Lochtyn, and with that extraordinary link between culture, heritage, environment and challenge that is somehow so peculiarly Welsh, the Ceredigion Coast Path added another 60 hard won exhilarating miles to the 186 of the existing Pembrokeshire Coast Path.

The creation of this path was not without its difficulties. In some places, years of negotiations took place between the Council and landowners and in one specific place where no agreement could be reached, the Council carved a striking new path in the cliff to Cwmtydu. The path had been proposed in 1983, but not delivered till 2008. Every inch was hard won and it became clear to me that although working with landowners to identify optimum routes was paramount – and should always be the preferred way of working – there needed to be legislation in the Government’s back pocket which could be used when a greater public good was being derailed by individual landowners. I wrote to Hilary Benn, then UK Environment Minister, supporting the Ramblers’ campaign that the Marine Bill proposed at that time, could also look at coastal access and thus open up the opportunity for a coastal path round Wales and England. The Marine and Coastal Access Act was duly passed, and although the Wales Coast Path has not been created using this new legislation, there is now legislation in place for future governments to ensure the best route. What the Act did was to make it clear to all in Wales that the government was completely serious about creating the all Wales coast path.

Wales has a host of long distance trails but often no connection between them. It has been tremendously exciting watching the paths along the Welsh coast start to fill in; the 95 mile Lleyn Coast Walk, the 75 mile Meirionydd Coast Walk, the 125 mile Isle of Anglesey Coastal Path are all now connected by the Wales Coast Path. Local authorities created new routes on the Gower, at Laugharne, in Newport, on Deeside and suddenly last year it was possible to see that a Wales coast path would become a reality.

This year, Wales is Lonely Planet’s top global walking destination because of our 870 mile path – 1027 if you include Offa’s Dyke – the longest footpath in the UK. It represents the culmination of many thousands of hours of Ramblers Cymru efforts, Countryside Council for Wales’ efforts, local authorities’ efforts and of volunteer time. The path has been celebrated in two articles in the National Geographic. Journalists from across the world have come to review it. Only a fortnight ago, I was interviewed by the Oregonian and the US walking magazine, ‘Backpacker’.

The BBC created programmes for television in English (Derek Brockway) and Welsh (Iolo Williams). I was delighted to be asked to present 5 half hour radio programmes for a special BBC ‘Coastal Country’ focus which went out on Sunday mornings up to and including the launch weekend, where each programme covered a different part of Wales celebrating the geology, environment, the social and economic benefits of our glorious natural capital.

The benefits of our new coast path will be enormous; indeed we can be confident about its economic and health contribution from the coast paths we have already. Research has identified a £57 return for every £1 spent on maintaining a coast path – and that’s money into our local economies. Healthwise, research published in May has identified the positive health benefits of being by the sea.

The entire path is open to walkers, with some sections also made suitable for cyclists, families with pushchairs and horse riders. I hope it will become an iconic recreational asset for Wales, providing new opportunities for local communities and for visitors to the coast. It was tremendously exciting to see the ideas coming forward in the Ordnance Survey’s GeoVation Challenge which provided £125,000 to incentivise the use of technology to demonstrate real benefits to coastal communities on the way, so get your smart phones ready as winning entries are turned into products; before long the ‘Perfect Visitor Companion’ will be able to inform your journey – or perhaps you might want to use ‘Food Finder, an online app and offline map which will highlight local, sustainable and delicious food (and beer), farms, wild food hotspots, food activities and places to eat along the path.

Although new economic and social opportunities abound, there is still one over-riding reason why people walk the coast path and that is because of nature. Wherever you start your journey, be prepared for an instant assault on your senses by the sights, the sounds and the smells of the rocks, the sea, the flowers. When I walked off my old life into my new last May I re-walked the Pembrokeshire coast path 40 years on. Each day brought changing rock formations and soaring birds – razorbills and guillemots, herons and cormorants – and the flowers, bluebells, foxgloves, burdock, pyramid orchids, thrift and tiny sea pinks, speedwell, egg and bacon squills. We foraged for samphire and wild sorrel. We swam in pools, in surf, with seals, in the rain or magically in the light of the setting sun, showering under waterfalls.

It’s always hard to find the words to describe the rocks, the cliffs, the arches, the caves, the bridges you see on your way. The coastline is absolutely phenomenal with Nature at her most imaginative and also demonstrating evidence of long human occupation with a number of Iron Age hill forts guarding promontories along the way.The 13th century St Govan’s Chapel nestles deep below the cliff edge close to names which tell the stories, Huntsman’s Leap, Bullslaughter Bay, the Green Bridge, Stack Rocks also known as Elegug (Welsh for guillemot).

It is the contrasts that make the walk so wonderful. Red sandstone, streaked with algae in one place; sheer jagged limestone cliffs and tooth-like rock formations in another. In the hub of the energy industry in Wales in Milford Haven, we saw campions, Maids of Honour, cornflowers, bluebells and lots of others I couldn’t name, a swan nesting, and a family of jays too young to fly. Further north, the coast path tightly hugs the edges of cliffs so mile after mile you experience sheer plunges and fantastic rock formations and caves. Interestingly, the further north you walk, the fresher are the flowers. Dramatic sheer cliffs demonstrate coastal erosion in action, “Every year Pembrokeshire is a little smaller than the year before and the route of the coast path is consistently changing” says a Pembrokeshire National Park leaflet.

Where else but Strumble Head and beyond can you partake of wild walking with bracken, heather, course grass and precipitous cliffs and pass a stone pillar commemorating the bizarre, abortive French invasion of 1797 which was seen off by Jemima and ‘local yeomen’? Or turn a corner and see a pair of otters playing in the sea in front of the lighthouse?

A grand exit for our grand challenge came on the last day with winds gusting up to 70mph according to the Met Office as we tackled what the National Park describes as ‘the most challenging section of the coast path with frequent very steep hills’. In fact, they have put up a sign on the first stile on the first headland north out of Newport saying thate the path is ‘remote and challenging with no escape routes and no facilities’! Walking north, the southern cliffs of Cemaes Head are hugely dramatic with the vaulting folds and faults plunging into the sea, tortured in pre-geological times. As someone who swims and kayaks as well, these same cliffs open up a whole new world from the sea with the opportunity to visit sea-washed caves shining with anemones, some of which you can swim or kayak through giving an entirely different dimension to being on the edge of Wales.

A new chapter for Wales?

Opening up the edge of Wales to all is could be the beginning of a new chapter for Wales. 100,000 extra visitors are predicted to come here because of the path; visitors who will be exploring Wales the slow way; contributing to our local economies as they spend weeks rather than days circumnavigating our nation; visitors who will want to use modern technology to find out more about the Welsh nation; its history, its geography, its society and its nature. Technology is helping create new social and economic opportunities, perhaps now is the time for a new nature app to help visitors understand the range of nature on the path, to help make that reconnection that is so vital if we want people to understand the importance of the relationship between land and people.

Walking costs nothing, so is truly open to all. You can walk the path north or walk it south for completely different experiences; you can take the 1027 mile challenge if you include Offa’s Dyke or the 870 mile challenge of the Welsh coast. You can go on horseback for some parts, on a bike for others or just amble to the nearest viewpoint. The path is there for all people of all ages, so it is there for you.

Welcome to Wales, the only country I know where you can ‘discover the shape of our nation’ under your own steam.

This article first appeared in the journal ‘Natur Cymru’ in 2012 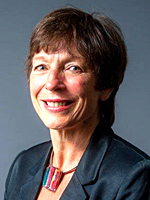 Reproduced here with the author’s permission