THE CLIFFS BEYOND OGMORE-BY-SEA display a wonderful mixture of bedded limestones, shale and conglomerate, variously coloured golden to white, grey and blue. The oldest rock lies at the base, a grey Carboniferous limestone that was laid down more than 300 million years ago in a sub tropical sea. It is rich in aquatic fossils such as crinoids, brachiopods and corals. 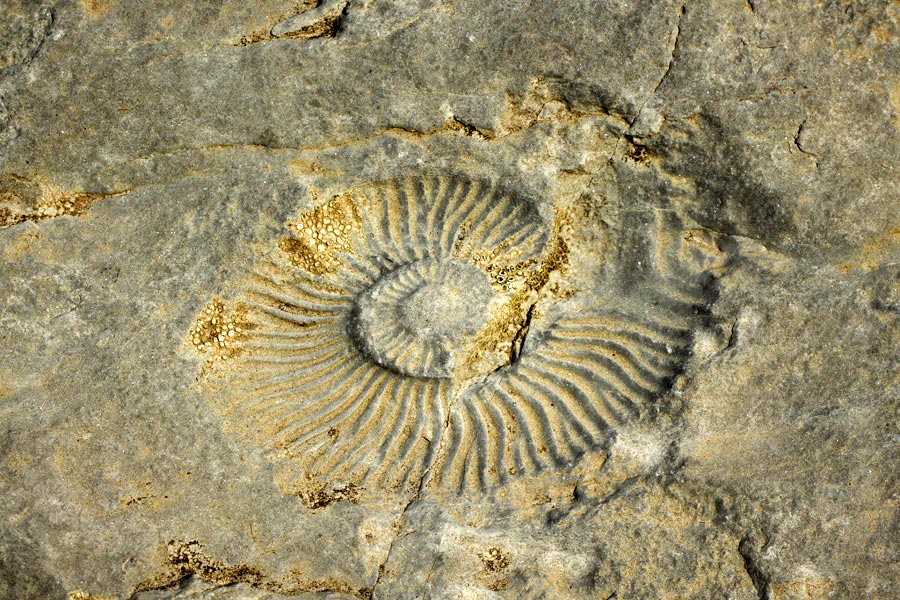 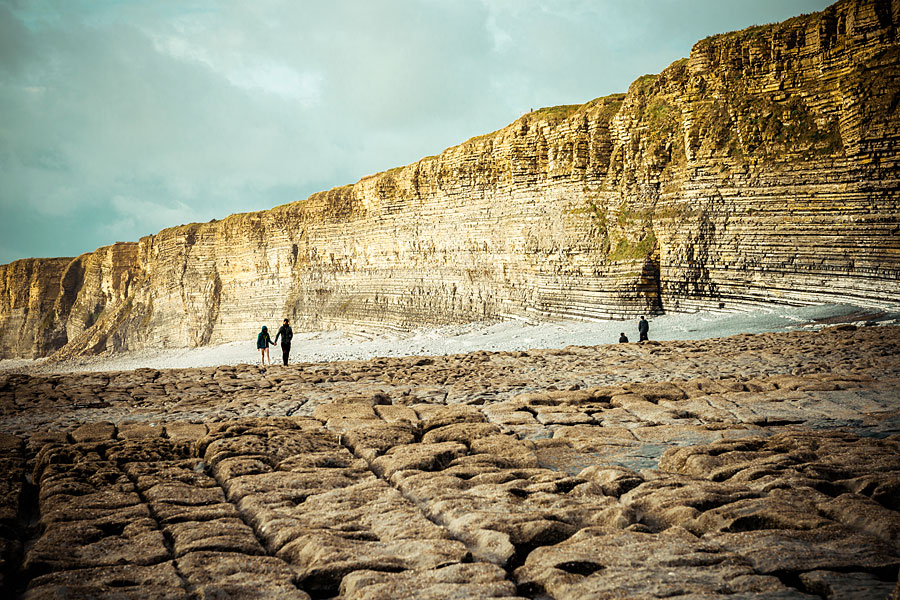 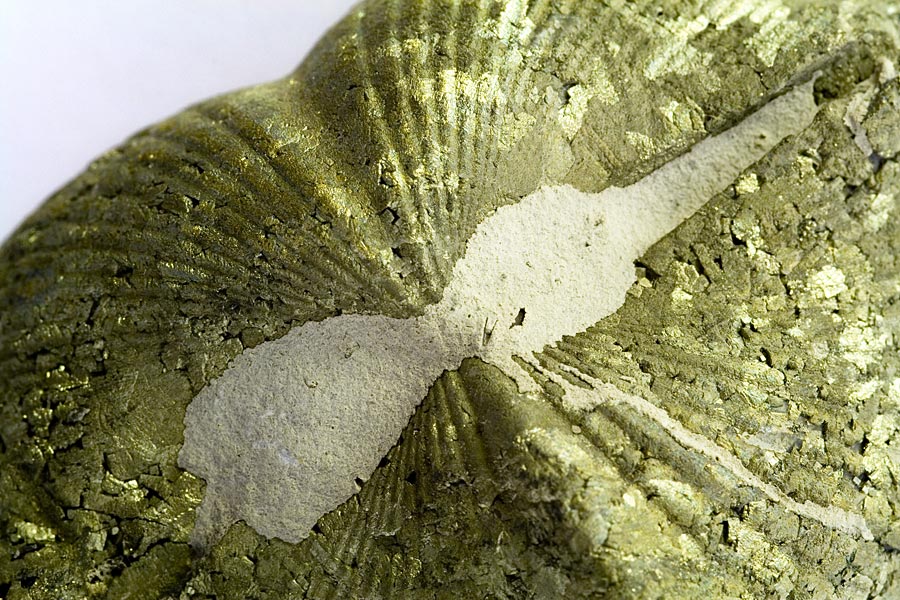 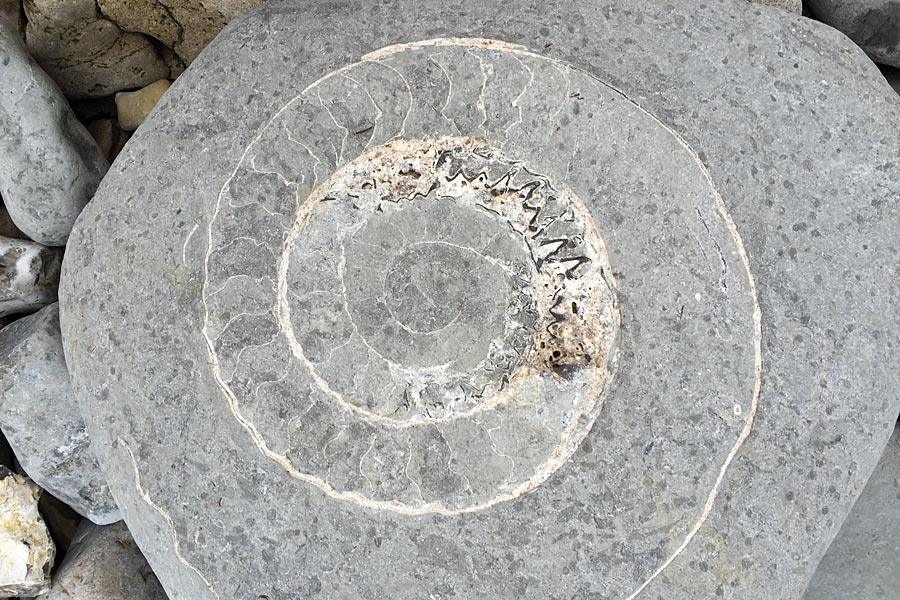 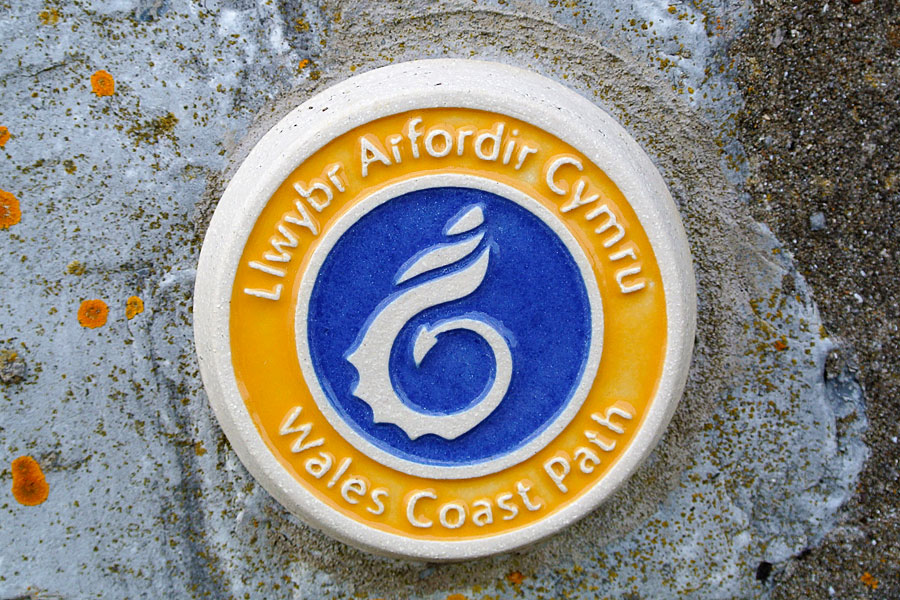 Succeeding formations were lost to erosion and that now sitting uncomformably (a geological term referring to missing layers) above the limestone is a coarse conglomerate washed out from a largely desert hinterland. As the earth moved into the Jurassic period around 205 million years ago, the land was again flooded beneath a shallow sea and further alternating layers of shale and limestone were deposited.

Fossils are abundant in these rocks too, with ammonites, brachiopods, gastropods and gryphea or ‘Devil’s toenails’ all fairly common. However, strata laid down since then have again been worn away.

This is one of the best places in Wales to hunt for Jurassic fossils including giant brachiopods and ichthyosaurus bones.

The most recent geological event to affect this coast was the last glacial period, which ended around 10,000 years ago. South Wales lay at the limit of glaciation, a vast tundra stretching to the south where the ground was locked in permafrost. The eventual thaw produced torrential flows of meltwater that gouged out the deep cwms now breaking the coast, which itself was redefined in response to a period of widely fluctuating sea levels.

Facing the onslaught of Atlantic gales and the second highest tidal range in the world, the cliffs are subject to differential erosion, where removal of the softer, intervening shale layers leads to undercutting and collapse of overlying bands of harder limestone.

The uncultivated fringe of the cliff top supports a wonderful diversity of wildflowers, with rock rose and wild thyme thriving on the nutrient poor limestone soils, while areas of richer soil and woodland give rise to cowslip, dog violet and bird’s foot trefoil.

The wind and salt-blasted cliffs harbour their own plants, including buck’s-horn plantain and sea carrot. In places, dense thickets of thorn line the cliff edge, their boughs bent by the relentless battering of the prevailing wind. Frustratingly they sometimes obscure the view, but their roots offer some stability to the ever-crumbling cliff edge. 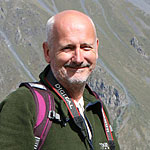 This article is extracted from the Official Guide to the Wales Coast Path: South Wales. Copyright © Dennis Kelsall 2015. All rights reserved.

For more details of the book, or to buy a copy, please see the cover and link below.

Dennis is a long-established writer and photographer specialising in hill and countryside walking as well as more general UK tourist destinations. He has authored a long list of guide and travel books for several main-stream publishers, scripted audio commentaries and contributed to outdoor magazines and regional newspapers.

Dennis is a former chairman and lifetime member of the Outdoor Writers and Photographers Guild; and is available for commissions.